We hurried up to get to Wolf Creek, hoping they wouldn’t start without us. The hunt was scheduled for 10am. I had never been there, although the kids have both been on school field trips. It was very easy to find, right off I-77 N at exit 58. 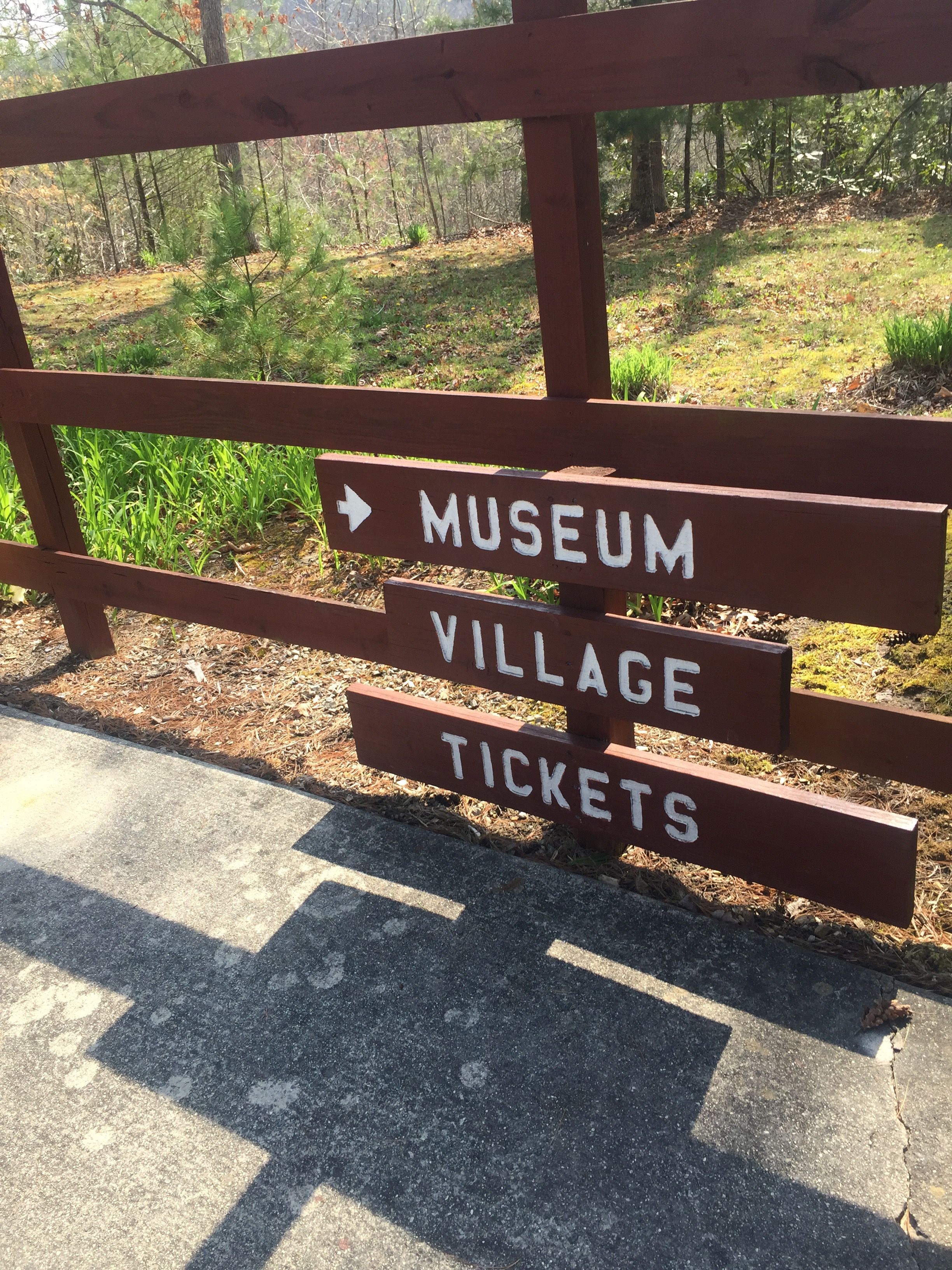 There was plenty of parking for the day, and it was free! I actually would have paid to park, like the state parks require, but thankful nonetheless. We went into the gift shop to register, which only included me handing over $3 a piece for the kids, so no paperwork! We were allowed to look through the museum and gift shop, both were excellent but you’ll have to go there if you want to see it, because they ask that you don’t take pictures in the museum. Totally acceptable in my opinion.

Unlike most gift shops we visit attached to museums, most items were quite affordable, a nice aspect. The history in the museum was very interesting to me and I easily could have spent a few hours reading  and viewing all of the artifacts. But we went down a few minutes later as a group, which I was glad for since we had to be somewhere later.

We took a nice little five to ten minute hike down a well-laid trail, around large rocky outcrops that had wooden signs posted identifying local plant life. I noticed they had a golf cart available to carry anyone unable to hike down independently. A very nice touch! 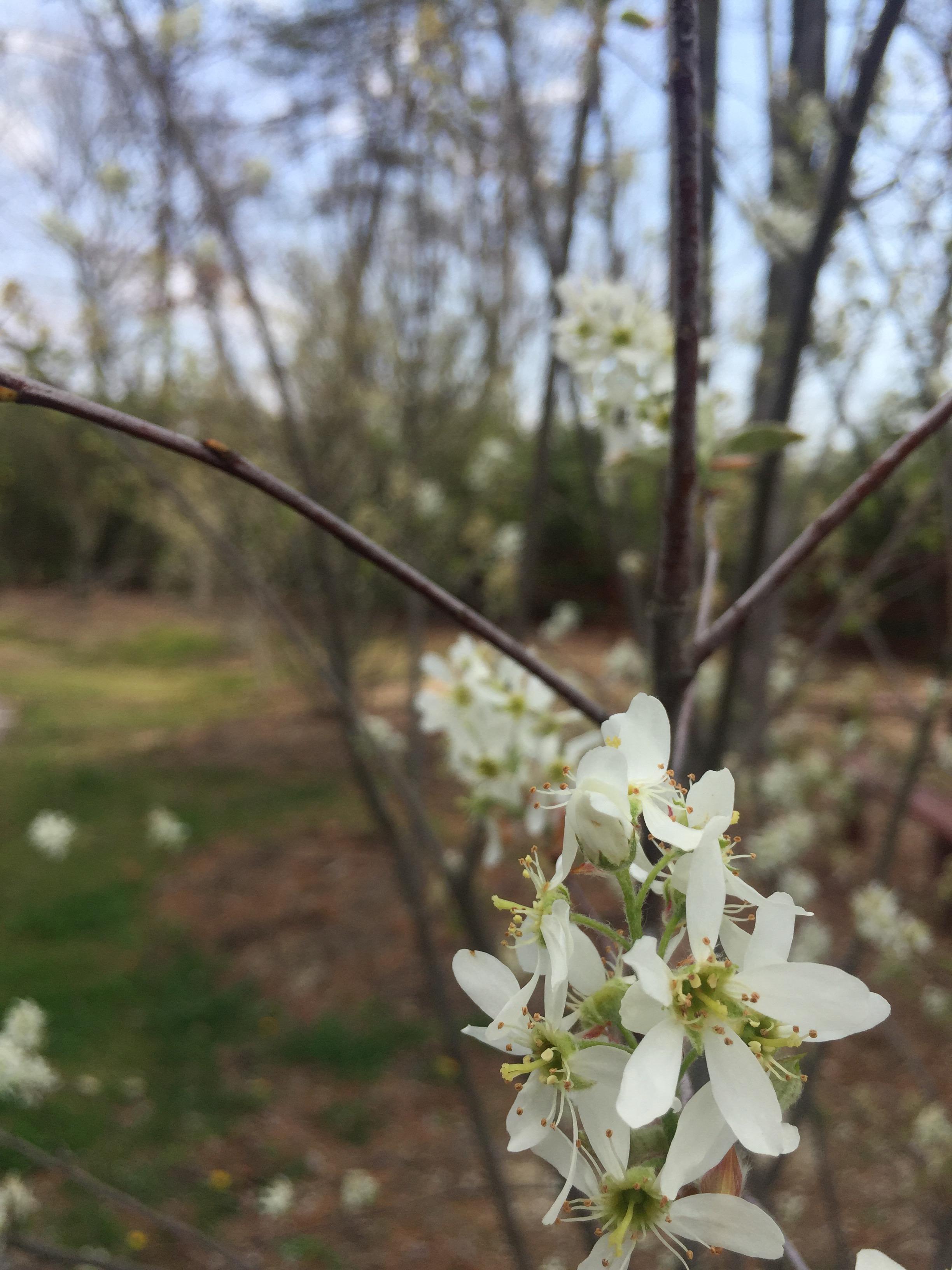 We ended in the Indian Village near a creek and adorned with palisades. Ages five and under hunted eggs just outside the village and the older children within. The kids scampered in and out of the huts and all about the grounds.

I saw a lot of older children, including my own, assisting younger ones in reaching eggs in roof thatches and under hut “furniture”. The entire hunt was over in about ten minutes. The staff instructed there would be no pushing, no running and that everyone would treat each other kindly. Thank you 😊!

We hiked back up through the trail enjoying the scenery, everyone in less of a hurry now.

The Easter Bunny was waiting at the trail head for photo ops and hugs and most of the children seemed genuinely surprised to see him/ her there.

The staff continued to organize and direct instead of allowing people to do what people in large groups sometimes do.. eh hem… Good Job! 👏🏻

All the parents were asked to count their childrens’ eggs and write the numbers on a sheet next to their names. And after this was finished they handed out prizes for most eggs, least eggs and two golden eggs found.

Pictured above: (with parent permission of course) Annabel Rasnik finder of the golden egg age group 6-12. What a cutie!

They gave out great prizes! The golden egg finders received a large plush animal and the other winners got gift certificates worth $10 each for the gift shop. Like I said before, prices were good in the shop, so I’m certain the $10 went far. Then each child who hunted eggs got an arrowhead necklace.

They were thrilled! We bought ten mystery eggs that contained jewelry, miniatures and a gift certificate for a stuffed animal and a t-shirt! Win! I also spent $3.50 each on a bag of polished stones for the kiddos.

We were finished in about 1 and a half hours and on our way. Overall it was a great little excursion which only took 20 minutes in travel time from our hometown of Wytheville, Va. I always try to let you guys know how much things cost because most of us do have to think of that. I spent a whopping $26. Maybe I’ll see some of you there next year! 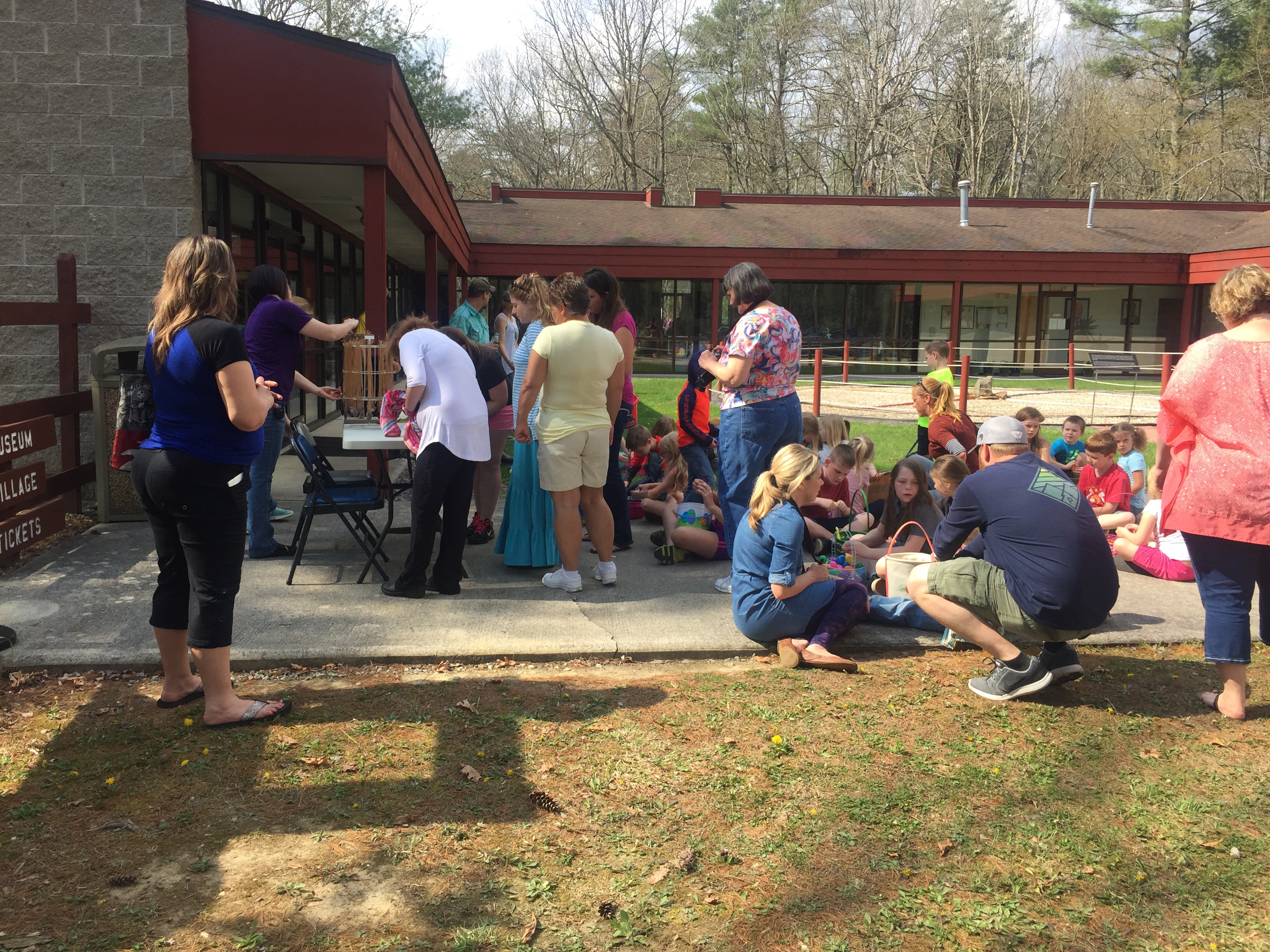 Karen Bradberry is the owner and sole writer for “Disturbing Clarity”, a humorous yet factual blog found at http://www.clearlyiamdisturbed.com. She began this blog in effort to try to fill in the gaps for travelers like herself, ready for adventure and avoiding disaster. As a parent, college student and full time counselor, Karen strives to bring a better understanding of the places she visits, how to get there and how much it really costs to readers who have always wanted to travel. You can reach Karen Bradberry by writing to: clearlyiamdisturbed@gmail.com